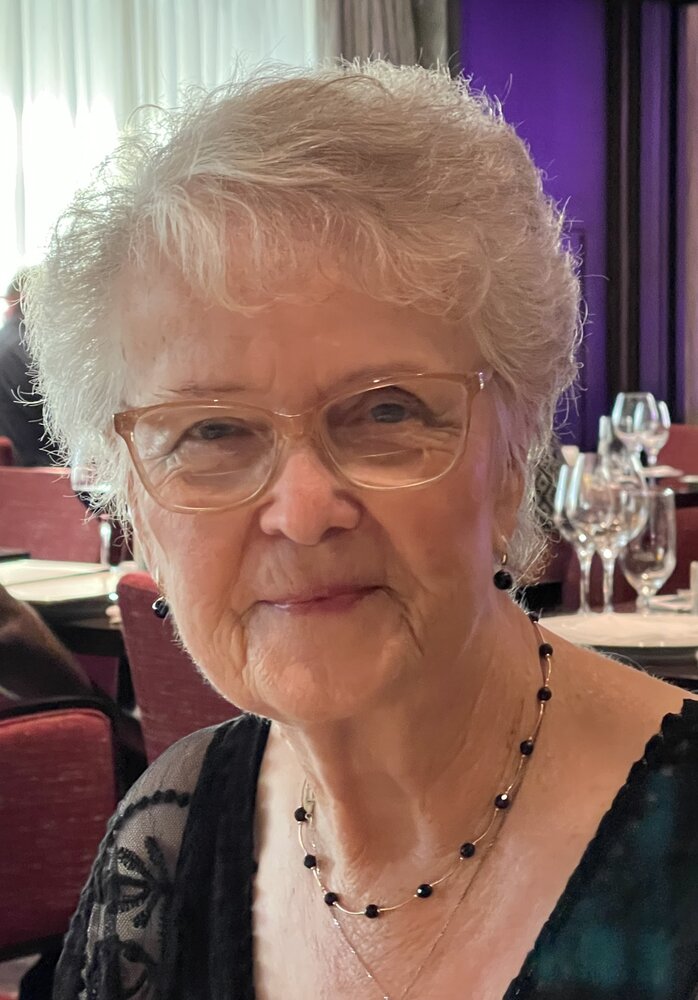 Obituary of Mrs. A. Myrle Chisholm

Please share a memory of Mrs. A. Myrle to include in a keepsake book for family and friends.
View Tribute Book
Myrle Chisholm, age 80, of Bryson City, NC passed away on December 28, 2022. She was surrounded by her children and family. Myrle Chisholm was born in Cottondale, Florida on June 28, 1942 to Ira J. Taylor, and Gladys Rudd Taylor. After the death of her mother at age 5, she moved with her father and step-mother to Pensacola Florida. It was there, at age 18, that she met and married the love of her life, Daniel H. Chisholm. Together they spent next 60 years serving the Lord with the Christian and Missionary Alliance, in full time ministry. As a pastor’s wife, she served by Dan’s side, ministering to churches in Alabama, Georgia, Florida, North Carolina, and Pennsylvania. Myrle also served as the treasurer for the National Committee of the Alliance Women. During her time on the committee; she had the opportunity to travel to the Philippines, China, Russia as well as other countries where the committee spent time with the local missionaries and gained first hand knowledge of their needs as they minister in foreign communities. In 2009, Dan and Myrle retired in Bryson City, North Carolina where Myrle spent her free time making cards and sharing her talents with other card making enthusiasts. Family and friends enjoyed receiving her special handmade cards and considered them works of art. Myrle is preceded in death by her beloved husband Daniel H. Chisholm, her parents Ira and Gladys Taylor, step mother Ernestine Taylor, brothers Rev. Raymond Taylor, and Edward Taylor. Survivors include her children and spouses, Tad and Angie Chisholm of Griffin, Georgia, Cyndie and Alan Finney of Georgia, and Dawn and Tim Smith of Westminster, South Carolina. Blessed with 6 grandchildren, they include Jonathan Finney, Amber Chisholm Wilkerson(Matthew), Jennifer Finney Carson(James), Christopher Chisholm(Megan), Katie Smith Gillespie(Scott) and Timothy Kaleb Smith(Brianna). They were also blessed with 12 great-grandchildren, Gracie, Mattie, Bryson, Nathan, JT, Beau, Avery, Eli, Fischer, Jaxson, Kollins, Callan, and Kaison. Survivors also include her sister Joanne Taylor Reinolds(Ron), brother-in-law Donald D. Chisholm(Martha) and sister-in-laws Lawana Taylor and Mary Taylor, and several nieces and nephews. A Memorial service will be held on January 14, 2023 at Bryson City First Baptist Church in Bryson City, North Carolina. The Reverend Ted Duncan will officiate. The family will receive family and friends from 11:00 am to 1:00 pm in the Fellowship hall of the church. The Service will follow in the sanctuary. Bryson City First Baptist Church is located at 37 Church Avenue in Bryson City, North Carolina. Crisp Funeral Home of Bryson City, North Carolina will be in charge of the arrangements.
To plant a beautiful memorial tree in memory of Mrs. A. Myrle Chisholm, please visit our Tree Store
Saturday
14
January

Look inside to read what others have shared
Family and friends are coming together online to create a special keepsake. Every memory left on the online obituary will be automatically included in this book.
View Tribute Book
Share Your Memory of
Mrs. A. Myrle
Upload Your Memory View All Memories
Be the first to upload a memory!
Share A Memory
Plant a Tree