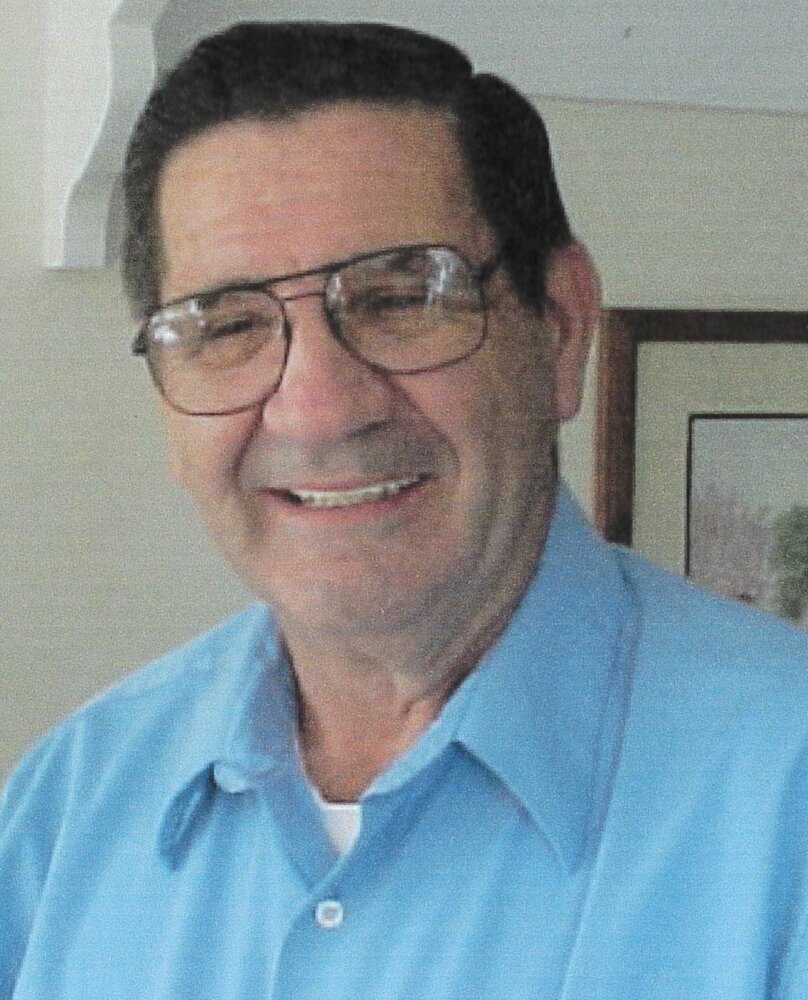 Please share a memory of James to include in a keepsake book for family and friends.
View Tribute Book
James Ray Calhoun, 86, went to be with his Lord and Savior Jesus Christ on November 23rd. He was born to James Forster Calhoun and Ruby Caroline Hyde Calhoun on February 6, 1936. His parents and his brother, Keith Max Calhoun, preceded him in death. He and his beloved wife, Evelyn, were happily married for 67 years. They had two children: James Timothy Calhoun (wife Lisa) and Debra Lynn Shook. He was the proud “Papaw” to five grandchildren and seven great-grandchildren. James loved and was very proud of each one of them. James also had other family and friends that meant so much to him. He always enjoyed their visits, phone calls and cards. James studied aviation engine technology in Florida before joining the Air Force in 1955 as an aviation engine mechanic, he later cross trained as an loadmaster on C-130 cargo aircraft. James loved to fly and after leaving active duty Air Force after 12 years he joined the NC Air National Guard where he was able to continue flying the C-130. James flew many missions during Vietnam, and received many decorations for his service including The Air Medal with 3 Oak Leaf Clusters and the Air Force Commendation. He was also recognized and awarded entry in the C-130 Hercules Club for logging over 2000 flying hours in the C-130. James served a combined military service of 29 years. After leaving active duty Air Force James returned to his home town of Bryson City where he was the owner of Calhoun’s Exxon. He then served as Swain County School Bus Garage Supervisor for 21 years, retiring in 1999. James loved working on cars and was always helping to repair friends and families cars. Family meant everything to James, he was not one to show a lot of emotion but his family knew deep down in their heart how much he loved them all and what they meant to him. Funeral services will be held 2:00 PM Wednesday, November 30, 2022 at Crisp Funeral Home Chapel. Rev. Ted Duncan will officiate with burial at Swain Memorial Park. The family will receive friends from 1:00 PM until 2:00 PM Wednesday at the Funeral Home. In lieu of flowers donations may be made to Four Season’s Hospice at 571 S Allen Rd, Flat Rock NC 28731.
To plant a beautiful memorial tree in memory of James Calhoun, please visit our Tree Store
Wednesday
30
November