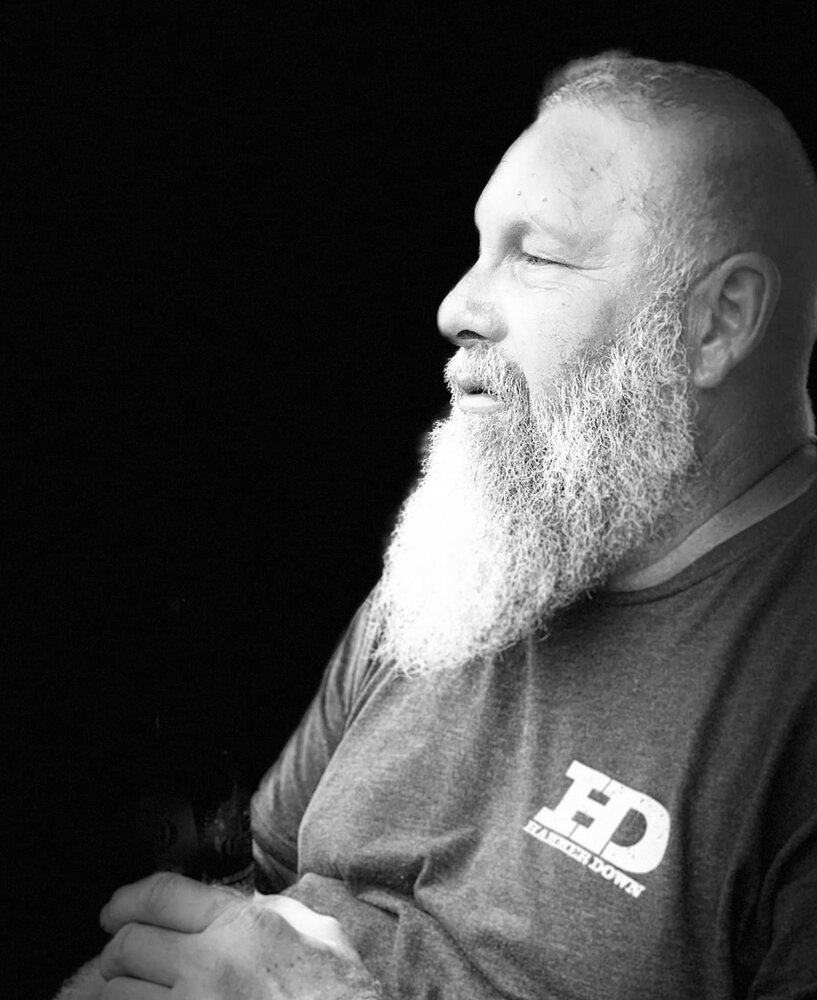 Please share a memory of Tommy to include in a keepsake book for family and friends.
View Tribute Book
Tommy Vaughn Huskey, 55, of Bryson City, was carried home unexpectedly to be with his Lord and Savior Jesus Christ on Sunday, September 25, 2022. He was the son of Ham & Gail Huskey and the late Connie Lackey Dehart. Tommy was preceded in death by his mother and grandparents. Tommy is survived by his wife, Ona and their two sons: Tyler Huskey of Bryson City and Trent & Chessa Huskey of Whittier, his dad: Ham (Gail) Huskey, two brothers: Kenny Dehart (Charissa), Shawn Huskey (Dusty), one sister: Sissy Huskey, two granddaughters: London Tayler & Hazlee Huskey, as well as many nieces, nephews, extended family, and lifelong friends. Tommy was born on February 7, 1967 in Cherokee, NC. He spent his youth living in many places, California, Candler NC, Bryson City NC, and Brookwood AL. In the summer of 1988 he married Ona Crawford and together they moved to Bryson City where they lived and raised their family for 34 precious years together. He was a proud father and devoted Tom Tom. He was happiest when he had all his family together. He began his career in painting in 1988 where he worked alongside his dad and brother for many years before venturing out on his own in Cherokee. Tommy owned and operated Huskey’s Paint & Design where he worked with both his sons while teaching them this trade. This business will be carried on by his youngest son, Trent. Tommy was always a hard worker and diligent provider. Tommy was a strong, determined, self-motivated man with many skills and interests. He was an avid hunter and fisherman who instilled a love for the outdoors in his sons and granddaughters. The beauty of the mountains and outdoors brought him so much joy and his most precious times were spent on Lake Fontana with family & friends. He loved to entertain others while on the lake especially the late night boat rides laughing and singing old country songs. Tommy was the most loyal Alabama Crimson Tide fan and his love of football was known by everyone who knew him. He looked forward to every fall season and enjoyed traveling to many games with those who shared his passion. Tommy never met a stranger. If you met him he was your friend. If you needed him he was there. He took care of everyone and opened his home to anyone. He made everyone feel at home and loved to tease and joke with others. If you were ever aggravated by Tommy then he truly loved you. Tommy was truly blessed, and we, his family, friends, and community have been blessed with precious memories of knowing him. He will be greatly missed. Funeral Service will be held 11:00 am Thursday at Deep Creek Missionary Baptist Church in Bryson City, NC. Pastor Mike Cogdill and Bro. Phillip Crawford will officiate with burial at Swain Memorial Park. Family will received friends from 6:00-8:00 pm Wednesday evening, at Deep Creek Missionary Baptist Church. Pallbearers will be Tyler Huskey, Trent Huskey, Kenny Dehart, Shawn Huskey, Drew Huskey, Geoff Wade, Albert Rose and Tony Brown. Music will be provided by Paige Wade and Drew Bowers.
To plant a beautiful memorial tree in memory of Tommy Huskey, please visit our Tree Store
Wednesday
28
September

Look inside to read what others have shared
Family and friends are coming together online to create a special keepsake. Every memory left on the online obituary will be automatically included in this book.
View Tribute Book
Share Your Memory of
Tommy
Upload Your Memory View All Memories
Be the first to upload a memory!
Share A Memory
Plant a Tree