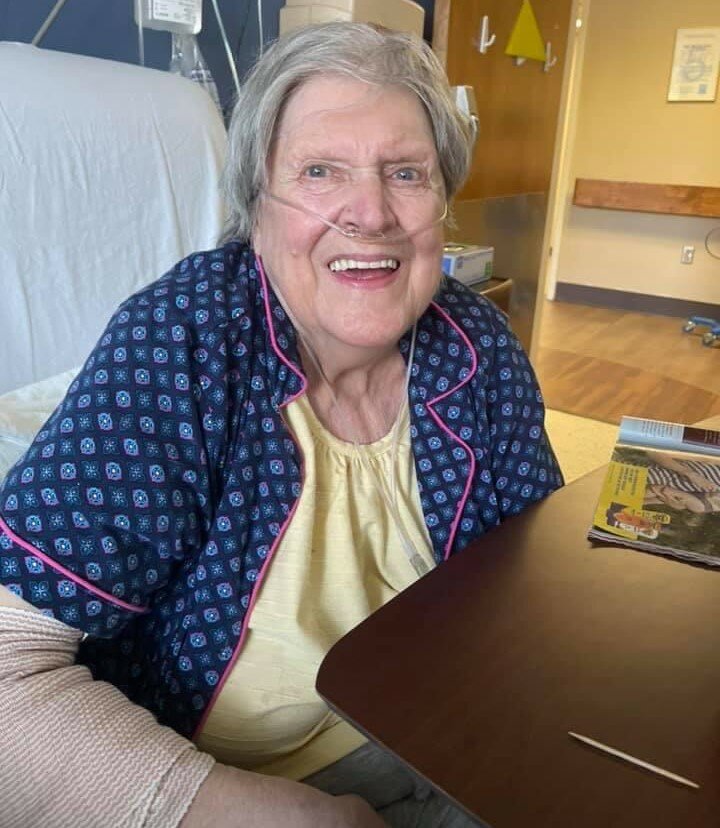 Please share a memory of Ruth to include in a keepsake book for family and friends.
View Tribute Book
Ruth Lindsay Grindle, 79 of the Wesser Community, went home to be with her Lord and Savior, Jesus Christ, on Wednesday, August 31, 2022 at Bryson City Assisted Care surrounded by her family. She was born August 10, 1943 in the Wesser Community of Swain County. After graduating from Swain High she completed cosmetology school in Greensboro. After moving to Page, Arizona to be with her family in 1963 while seeking employment she was hired to work on the movie set of The Greatest Story Ever Told being filmed in Utah near Page. While working in the office on the set, she was hired to be a stand-in for Dorothy McGuire in McGuire’s role as Mary. The scene of Mary on a donkey with Joseph and baby Jesus fleeing to Egypt and other long shots were, in fact, Ruth standing in for McGuire. When filming ended in Utah, she moved on to Reno, Nevada with the film crew for the movie’s completion. After the filming ended she remained in Reno working as a telephone operator for Pacific Bell and then met SSgt Robert J. Grindle on a blind date. He was stationed at Stead Air Force Base as a survival instructor. They were married and lived on the base until being transferred to Fairchild AFB near Spokane, Washington. She worked as a restaurant shift manager until she and her family moved to Swain County after her husband retired from the Air Force. Prior to her retirement she worked as a restaurant manager at the Nantahala Village and the Nantahala Outdoor Center. Ruth was a beloved wife, mother, grandmother, great-grandmother and sister. Ruth was the daughter of the late Carroll C. and Hazel G. Lindsay. She was also preceded in death by her beloved husband, MSgt Robert J. Grindle; brothers, Quentin Lindsay and the Rev. Roy P, Lindsay. She is survived by daughter, Cheri Grindle Cloer (Harold) and son Joseph E. Grindle (Mary) of Bryson City; brother, R. Scott Lindsay of Murphy; four grandchildren and six great grand children. The family and friends will gather Saturday September 10, 2022 from 1:00 PM until 2:00 PM at Crisp Funeral Home to honor the life of Ruth. Crisp Funeral Home in charge of arrangements.
To plant a beautiful memorial tree in memory of Ruth Grindle, please visit our Tree Store
Saturday
10
September

Look inside to read what others have shared
Family and friends are coming together online to create a special keepsake. Every memory left on the online obituary will be automatically included in this book.
View Tribute Book
Share Your Memory of
Ruth
Upload Your Memory View All Memories
Be the first to upload a memory!
Share A Memory
Plant a Tree