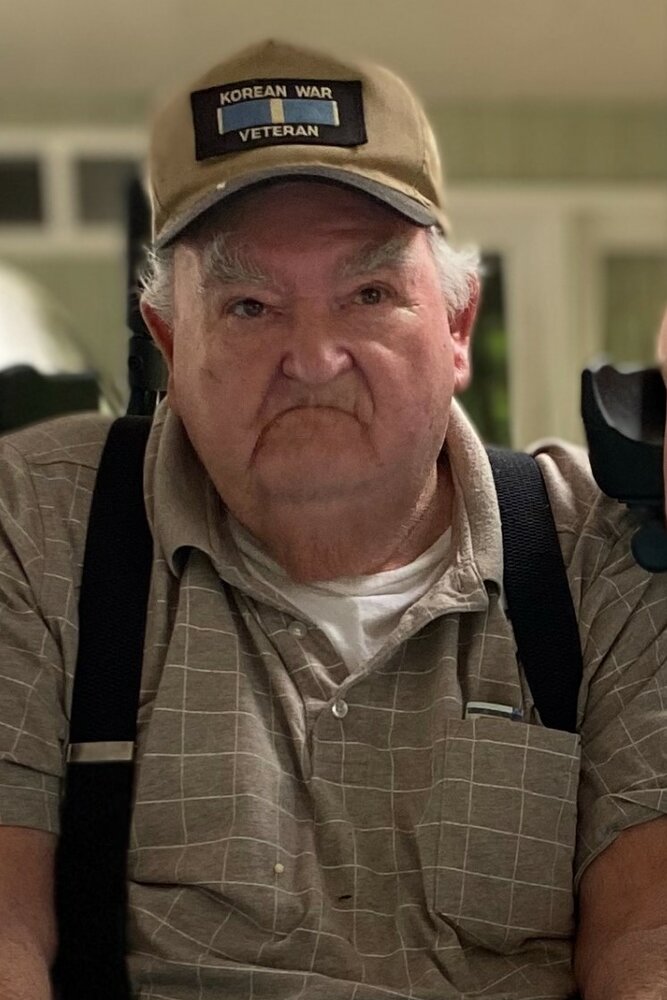 Please share a memory of James to include in a keepsake book for family and friends.
View Tribute Book
James (Tim) Beck Sr., 89, of Cherokee went home to be with the Lord Tuesday, April 26, 2022. A native of Cherokee he was the son of the late Samuel Beck and Sarah Sneed Beck. In addition to his parents, he was also preceded in death by his wife, Janet Long Beck; son, James T. Beck Jr; granddaughters, Stephanie Beck and Deanna Beck; brothers, Samuel Beck, Quinten Beck, and Paul Beck, and one sister, Wilma Lambert. He is survived by his children, Jack Allen Beck, Julie Beck Maney (Buffalo), Jeanne Beck, Jilinda Beck, and Joey Beck; 12 grandchildren; 17 great grandchildren; 4 great great grandchildren; several nieces and nephews; his beloved dog, Bo, and his special family friends, Vice Chief, B. Ensley, and Council Member, David Wolfe, and a special nephew who was like a brother to him, Bill Beck. Funeral Services will be held 12:00 PM Thursday at Crisp Funeral Home Chapel. Rev. Ben Reed will officiate with burial at Beck Cemetery. Military graveside rites will be given by the Steve Youngdeer American Legion Post #143. The family will receive friends from 10:00 AM until 12:00 PM Thursday at the Funeral Home. Pallbearers will be, Jamey Beck, Brandon Beck, Jordan Bennett, Robbie Stamper, Brent Gunter, and Wren Gunter.
To plant a beautiful memorial tree in memory of James Beck, please visit our Tree Store
Thursday
28
April