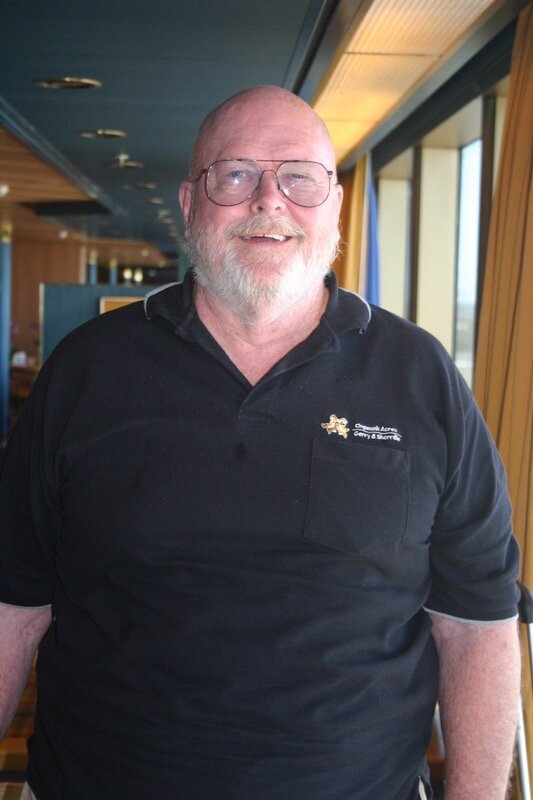 Please share a memory of Gerald to include in a keepsake book for family and friends.
View Tribute Book
Gerald Otto Priebe, Jr., of Bryson City, North Carolina died in his home on April 11, 2022. Known as “Gerry” to friends and family alike, he was born in Detroit, Michigan on March 16, 1942, as a first generation American. A graduate of the University of Florida with a degree in Electrical Engineering, Gerry worked in technology from the beginning of the computer industry. His career brought him to work in radio and television broadcasting, at Texas Instruments in Texas, and as a contractor for NASA on the Apollo projects in Cape Canaveral, Florida. A majority of his working years were spent with the Hewlett-Packard Company. Later, he worked in sales for multiple sound and vibration control system manufacturers, including SMS, Scientific Atlanta, Structural Dynamics, and Data Physics in Silicon Valley. He was the original one-man Geek Squad, and always glad to help if you had a computer question or needed help putting something together. To his family, if something was Gerry-rigged, that meant Gerry did it, “filed to fit and painted to match”, a throwback back to his days at NASA. Happiest when he was learning something new, he continued taking online classes about everything from advanced Physics and Quantum Mechanics to Ham Radio. Gerry had a passion for sports, and thanks to his DVR, he literally never missed a football game. He had a casual love for the Florida Gators until a fortuitous pairing later in life led to season football tickets and a yearly 3-month migration to Gainesville. He was also enthralled by other sports events. He never missed the Tour de France, or the America’s Cup. Gerry experienced a full, complete life. He enjoyed his final years in the peaceful quiet home in the North Carolina mountains that he and his late wife, Sherrille built. He enjoyed world travel, playhouse theater, and was an avid follower of space and technology. His love for travel and zest for adventure kept him on the move in retirement. He figured out that cruising was the way to see world sights with maid service and an unlimited buffet. His love of computers, gadgets, and technology contributed to the growth of Amazon mail delivery over the years. Gerry often joked that his interest in theatre was originally his way to meet women. He succeeded three times with marriages to Linda Elizabeth Dennis, Jackie Scroggs Thornton, and Sherrille Compain. All marriage unions were made in love and created a legacy of family with 6 children, Kirsten, Jason, Gavin, Travis, Amanda, and stepdaughter Katie; 8 grandchildren, Catherine, Ian, Janet, Alex, Leah Grace, Michael, Ethan, and Christian; and beloved pets Doc and Dale. His ready smile and hearty laugh will be missed by all who loved him and knew him as a friend. The family requests any gifts or remembrances in honor of Gerry be made to the Hart Theater in Waynesville, NC and P.A.W.S. Animal Rescue in Bryson City, NC. A memorial gathering and celebration of life will be held on May 7th at 3:00 pm. For more information, please contact Crisp Funeral Home in Bryson City, NC.
To plant a beautiful memorial tree in memory of Gerald Priebe, please visit our Tree Store

Look inside to read what others have shared
Family and friends are coming together online to create a special keepsake. Every memory left on the online obituary will be automatically included in this book.
View Tribute Book
Services for Gerald Priebe
There are no events scheduled. You can still show your support by planting a tree in memory of Gerald Priebe.
Plant a tree in memory of Gerald
Share Your Memory of
Gerald
Upload Your Memory View All Memories
Be the first to upload a memory!
Share A Memory
Plant a Tree