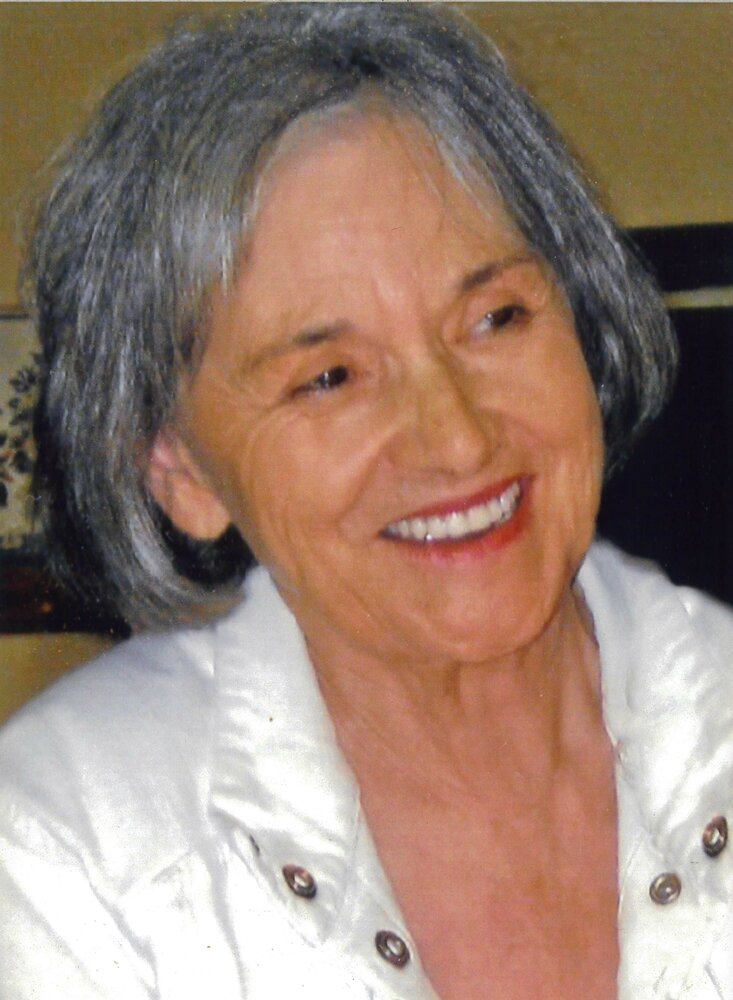 Please share a memory of Marilyn to include in a keepsake book for family and friends.
View Tribute Book
Marilyn White Gray, 84 of Bryson City was born July 2, 1937 in Rutherford County to Baxter Esper and Janie Branch White, who greeted her upon her peaceful entrance to heaven on January 18th, 2022, along with her one younger brother, Barry Baxter White. Marilyn was cherished by her husband of 36 years, James A. (Jim) Gray and her daughter, Teresa Bensch of Forest City, NC. Marilyn was well-loved by her three children by marriage, Steve and Margo Gray of Sylva, Ann and Greg Dennis of Vero Beach, Florida and Jeff Gray of Raleigh, NC. Marilyn adored her grandchildren, Katelyn Bensch Hume (Nick), Eliza and Hannah Gray and Savannah Dennis, Chris Bensch (Heather) and Ryan Bensch (Stacey) of Greenville, SC. Her legacy of love will be carried on through her six great grandchildren, two great great grandchildren and three nephews. God called Marilyn home after her 12 year battle with Alzheimers. She fought with initial denial and eventual grace and dignity, cared for in her home by her husband and daughter for four years. She became a resident of Mountain View Manor, where she resided for eight years. Many of her caregivers treated her like their own family member and were thought of as such. Marilyn graduated from Harris High School with honors and attended Limestone College, graduating from Appalachian State University with a BS in Home Economics. She took special coursework to further her career at both NC State University and Duke University, receiving her Master’s Degree in Nutrition from Western Carolina University. Marilyn taught high school math and science in the North Carolina school system for 17 years, with 12 of those at East Rutherford High School. On July 1,1976, Marilyn moved to Bryson City and became a well-respected employee of NC Agricultural Extension Service, now known as the NC State Cooperative Extension Service. She was employed initially as the 4-H agent and retired as the Director of that office in 1993. Marilyn was renowned as the first female County Director west of Asheville. A comment from one of her colleagues stated: “Marilyn Gray was the epitome of a Home Economist, as she taught the art and science of managing a home to hundreds throughout her Extension career. Marilyn led firmly with the gracious and kind heart of a true Southern lady. She was exemplary in bringing Appalachian women from straw ticks to cotton filled mattresses. Their summer’s bounty was preserved for long winters, so that her children would have a more nutritious diet. These Appalachian crafts taught had a tremendous economic impact in many homes. Marilyn’s own home was a living example of who she was and what she taught.” After retiring from her 32 years of service as a state and federal employee, she then opened Gray Travel Agency with her husband, which she operated for several years, assisting clients with their travel needs - air travel, cruises, and serving as tour guide for bus tours to many destinations. The agency closed in 2010 for health reasons. After retiring, she took great pleasure in playing the piano and working in her flower beds. A memorial service honoring her life will be held this Sunday the 23rd of January at the Bryson City United Methodist Church, where she was a long standing member. The family asks that memorials be made to the Alzheimer’s Association to assist with research to put an end this cruel disease. Donations can be made online or checks made out to Alzheimer’s Association 225 N. Michigan Ave, Fl.17, Chicago, IL 60601
To plant a beautiful memorial tree in memory of Marilyn Gray, please visit our Tree Store
Sunday
23
January

Look inside to read what others have shared
Family and friends are coming together online to create a special keepsake. Every memory left on the online obituary will be automatically included in this book.
View Tribute Book
Share Your Memory of
Marilyn
Upload Your Memory View All Memories
Be the first to upload a memory!
Share A Memory
Plant a Tree