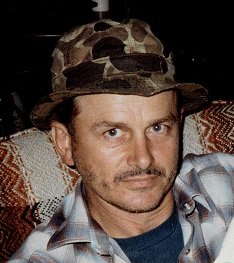 “Zeke” Milburn Ezekiel Birchfield, 78, passed away on September 27, 2019.  Mr. Birchfield was born in Swain County North Carolina on June 24, 1941 to the late Horace and Evelyn Birchfield.  Zeke worked as a foreman in the construction industry.  His work took him to many parts of the country including Alaska, Pennsylvania, California, West Virginia, Michigan, Colorado, Virginia, and New York.  Other projects that he worked on included the road at Newfound Gap and Highway 74, The Great Smoky Mountain By-Pass.

His family describes Zeke as fun-loving and full of mischief.  He was an avid outdoorsman and especially loved hunting and fishing.  He is survived by his wife, Myrtle, of 47 years.  In addition, he is survived by a daughter, Paula Birchfield Parton (Wayne); a son Leon Ezekiel Birchfield (Jennifer); five grandchildren, Dwayne Manuel Parton, Blayne Alexander Parton (Amanda), Landon Jacob Parton (Kelly), Brandy Harvey (Joe), and Lauren Birchfield; sixteen great-grandchildren; a sister Rena Fortner and numerous nieces and nephews.

In addition to his parents he is preceded in death by a sister, Patsy Lambert, and a niece Cynthia Fortner.

A Funeral Service will be held on Sunday, September 29, 2019 at 2:00pm in the Chapel at Crisp Funeral Home with Reverend Jim Cochran officiating.  Burial will follow at the DeHart Cemetery.  Pallbearers will be Hoss Burns, Henry Burns, Blaine Parton, Trevor Curtice, Bud Breedlove and Michael Laws.  The family will receive friends from 1:00 pm to 2:00pm prior to the service.

Crisp Funeral Home is assisting the Birchfield family with arrangements.