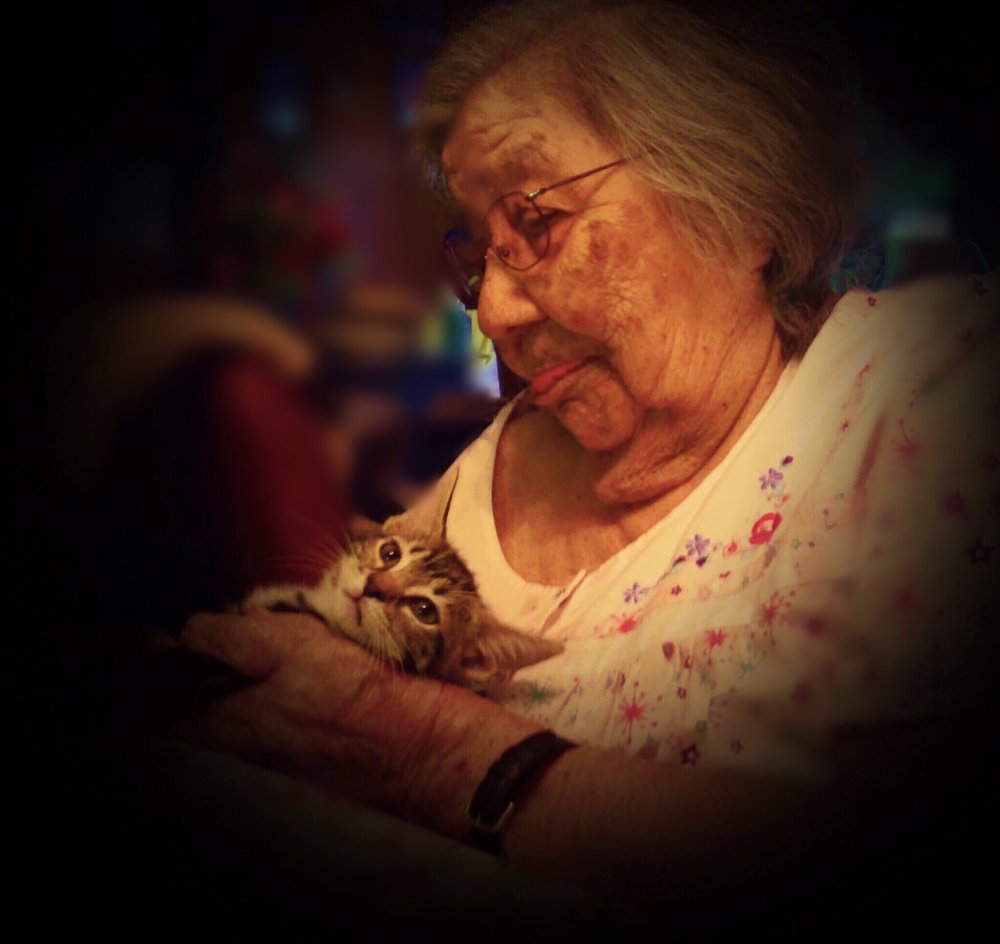 Margaret Toineeta Owl, 99, went home to be with her husband Raymond, daughter June, son George, and grandsons Ray and Chucky on August 28, 2019.

She was the daughter of the late George and Pearl Wolfe Toineeta.

She is preceded in death by her sister Dorothy Toineeta, brother Howard Toineeta, half sister Geneva Welch, and half brother Edwin Toineeta.

The family will receive friends from 12:00 PM until 2:00 PM Friday at Crisp Funeral Home.