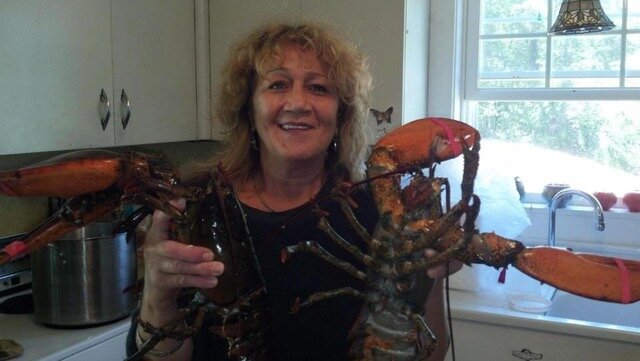 Please share a memory of Ronna to include in a keepsake book for family and friends.
View Tribute Book
Turtlefeathers to Heaven On April 2nd, 2022, Ronna Jean Wuttke, wife, mother, sister and dear friend, suddenly and unexpectedly ditched us to tour with the Grateful Dead. Awaiting her arrival at the ‘Go to Heaven’ concert, are her husband Dave Wuttke, her parents, Earl and Beverly LaFlamme, as well as numerous other friends and family who all left too soon to get a good seat. Ronna was born September 1st, 1953 in Holyoke, MA and was in the Holyoke High School graduating class of 1971. She was known for her never-ending optimism and for the soft smile that was always on her face, rain or shine. Ronna was creative, kind, and never met a stranger in her life. Joy radiated from her; even the most antisocial people would find themselves fondly hugging her goodbye, despite having just met her in line at the grocery store! She truly danced to the beat of her own drum. Often in public. Those lucky enough to share space with her could find themselves in a spontaneous midnight snowball fight, excitedly searching the magnolia gardens for gold, making prank calls to grandparents, gagging in disgust as she boiled rotting turtles she found because she wanted their shell or watching in horror as she dangled earthworms from her mouth just to get a reaction out of you. At any given time, should ‘What’s Up’ by 4 Non Blondes play, it was an (unspoken) rule that you must sing along, at the top of your lungs and regardless of where you might be. Additionally, if she heard the Grateful Dead playing, she was going to make you dance with her (you might have blamed her for embarrassing you, but secretly loved every minute of it!). Ronna was an incredibly gifted artist who was known throughout the ‘gourd’ community for her realistic and extremely detailed wood burnings. Despite being a rockstar with her own ‘Gourdheads’, she was down to earth, humble and was always eager to share her knowledge and help other artists grow. Still waiting in line for tickets are her 4 amazing brothers (she would have agreed with amazing, may have added occasionally obnoxious and hard-headed though!): Earl LaFlamme Ill and his wife Claudia from Edgewater,FL; Brian and his wife Diane from Wilmington, DE; Keith and his wife Maureen from Belchertown, MA; and Lance from Bryson City, NC. Ronna will be forever missed by her loving children (also occasionally obnoxious and hard-headed!): Zachary Adams and his wife Lacey of Denver City, CO; Jessica Newton and her husband Jason of Rolla, MO; Jeremy Adams of San Diego, CA; and Ashley Misner Adams and her wife Melissa of Sevierville, TN. Also cherrising their memories with Ronna are her 7 grandchildren, many nieces and nephews, countless friends who were blessed with having known and spent time with her. Ronna’s family would like for her to know that they are off-limits to any shenanigans she and nan might cook up! Additionally, we’ve thrown out all the capers in your house, they’re disgusting and we never liked them! In lieu of flowers, Ronna’s family would ask that donations be made to a non-profit organization of your choice and don’t forget to keep on truckin’.
To plant a beautiful memorial tree in memory of Ronna Wuttke, please visit our Tree Store

Look inside to read what others have shared
Family and friends are coming together online to create a special keepsake. Every memory left on the online obituary will be automatically included in this book.
View Tribute Book
Services for Ronna Wuttke
There are no events scheduled. You can still show your support by planting a tree in memory of Ronna Wuttke.
Plant a tree in memory of Ronna
Share Your Memory of
Ronna
Upload Your Memory View All Memories
Be the first to upload a memory!
Share A Memory
Plant a Tree