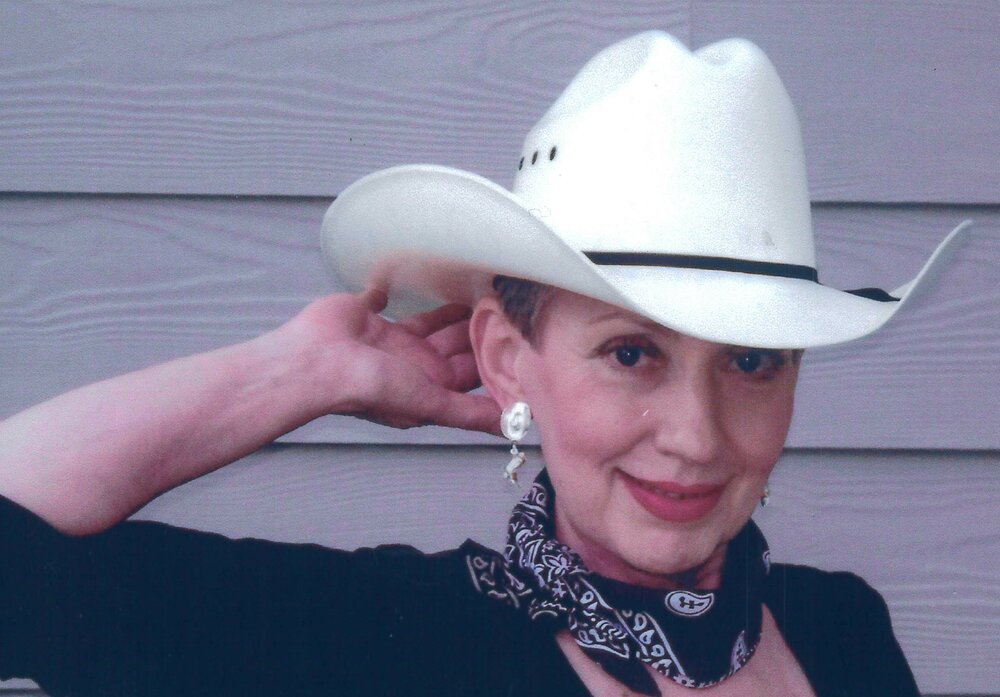 Please share a memory of Sarah to include in a keepsake book for family and friends.
View Tribute Book
Sarah Catherine (Cathy) Crisp Wiggins, 68, of Bryson City, NC, went home to be with the Lord Jan. 28, 2022, after an extended illness. She was preceded in death by her parents, Buell M. and Janet (McLendon) Crisp and brother, Thomas McCormick Crisp and sister-in-law, Treska Hatton Crisp. Cathy was born in Fernandina Beach, FL on Aug. 2, 1953. After graduation from high School, she moved to Bryson City where she met and married Dwight Wiggins. He built a home on Alarka where they shared a love for animals. Cathy was soft spoken, kindhearted and giving. She especially enjoyed being a cowgirl. Music became a special interest. She took fiddle lessons and from there began playing guitar, banjo and mandolin. Cathy was employed by Swain County Dept. of Social Services for several years, then Swain County Building Inspection and Emergency Services where she retired in 2003. After retirement, she became a full-time cowgirl helping Dwight take care of their horses and other farm animals. She is survived by her husband of 41 years, Dwight B. Wiggins; sister: Susan Crisp Swaim (Terry); brothers: John B Crisp; David Crisp (Kathy); sister-in-law, Nell Cooper; nieces: Tracy Swaim, Janet Loeblein (Doug); Jenny Abels (Brian), Pam Rushton (Mitch), Amy Levy (Wayne), Michal Tuso (Mark), Melissa Marker (Ken); nephews: Thomas Doyle Crisp, Terry Swaim Jr. (Melinda), John A. Crisp (Holly); John Paul Cooper (Lettie). A private service for family will be held at a later date.
To plant a beautiful memorial tree in memory of Sarah Wiggins, please visit our Tree Store

Look inside to read what others have shared
Family and friends are coming together online to create a special keepsake. Every memory left on the online obituary will be automatically included in this book.
View Tribute Book
Services for Sarah Wiggins
There are no events scheduled. You can still show your support by planting a tree in memory of Sarah Wiggins.
Plant a tree in memory of Sarah
Share Your Memory of
Sarah
Upload Your Memory View All Memories
Be the first to upload a memory!
Share A Memory
Plant a Tree