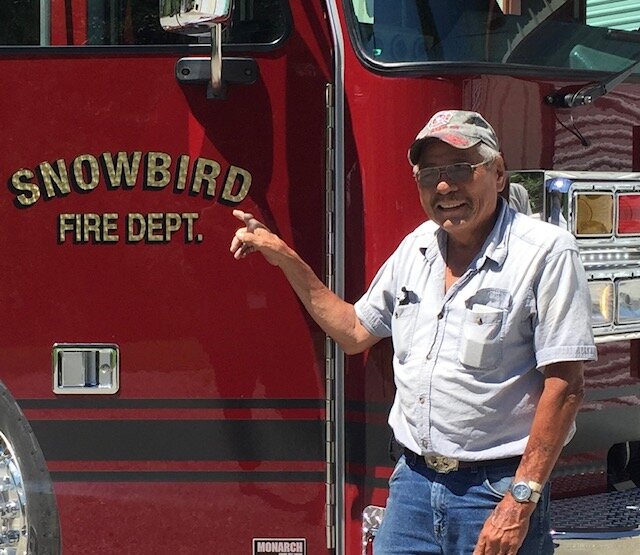 Please share a memory of Ronald to include in a keepsake book for family and friends.
View Tribute Book
Ronald Thomas Teesateskie “Ronnie” went home to be with the Lord Sunday, December 19, 2021 with his loving family by his side. A native of Graham County and from the Snowbird community, he was the son of the late Tom Teesateskie and Jeanette Sue Rattler Teesateskie. In addition to his parents, he was also preceded in death by his brothers, Steve Allen Teesateskie and Partick Daniel Teesateskie; and one sister, Barbara Owle. Ronald is survived by his loving wife, Sandra Teesateskie; one daughter, Rocanne Teesateskie; three grandchildren, Alex Sneed, Jax and Jex Panther; four sisters, Donna Sue McCraken (Lonnie), Norma Jean Smith, Blanche Teesateskie all of Robbinsville, Christine McCoy (Steve) of Marble, NC; many nieces and nephews. He also leaves behind a special nephew, Tommy Teesateskie in which he was a father figure to. He always enjoyed watching his accomplishments and all his high school sporting events. Ronald was a devoted and dedicated member of the Snowbird Volunteer Fire Department for 32 years. He loved and considered them all as family. He also loved to help people in many ways and as a member of the fire department he always drove the tanker, responded to many calls and directed traffic. He has several special friends among the fire department; PD Royal, Brenda Postell, Shailynn Postell, Zell Carver and Ethan Pannell. He worked as a dedicated truck driver for Snowbird Logging for over 30 years. If you didn’t see him in his personal truck, he was always behind the wheel in the 18 wheeler. The Hooper Family will always be considered his family. He loved the family dearly. He also considered Walter Hooper as his own brother. He will always be remembered as “Ronnie T.” & “338” He had many friends and special friends, Calloway Ledford, B Ensley and Spencer Weeks, his motorcycle riding buddy. Funeral services will be held at 11:00 am Wednesday at Zion Hill Baptist Church. Revs. Ernie Stiles and Coy Adams will officiate with burial in the Ledford Cemetery. Ronald will be taken to the church at 5:00 pm Tuesday by Crisp Funeral Home to await the hour of service. Pallbearers will be Jason Hooper, Lucas Hooper, Tommy Cable, Matthew Smith, Tommy Teesateskie and Robbie Teesateskie.
To plant a beautiful memorial tree in memory of Ronald Teesateskie, please visit our Tree Store
Tuesday
21
December

Look inside to read what others have shared
Family and friends are coming together online to create a special keepsake. Every memory left on the online obituary will be automatically included in this book.
View Tribute Book
Share Your Memory of
Ronald
Upload Your Memory View All Memories
Be the first to upload a memory!
Share A Memory
Plant a Tree