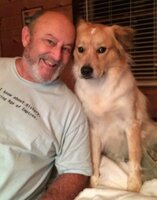 On Wednesday January 5, 2022 James Stuart McQuaig, loving husband and father of three, passed away at the age of 73. Jim was born on March 27, 1948 in Orlando, Florida to Mack Alfred McQuaig and Wanda Mae Reeder. On October 10, 1970 he married the love of his life DiAnna Lee Hess and together they raised 3 children. After a varied career that included the Navy Reserves, Railroad Foreman, Aircraft Dispatcher, and Communications Engineer, he retired to Bryson City, NC in 2020. He led a simple life, and enjoyed mountain air and sunsets, carpentry, good food, playing AOE, and doting on his four legged best friend Isla. He taught his kids lasting values as well as everything from woodworking, plumbing, electrical, to car repair. He was known for his unwavering morals, dad humor, and love of his family. Jim was preceded in death by his father Mack, and his mother Wanda. He is survived by his wife, DiAnna, and his children Daphne, Jeremy, and Destiny, his grandchildren Aidan, Taylor, Kora, Kelden, Brek, Brinn, and Brock, and his brother Dan, and sisters Sandy, Sharon, and Vicki. No services will be held, as his immediate family will gather privately to scatter his ashes in the Blue Ridge Mountains. Condolences can be sent to the McQuaig Family at 261 Kimberly Dr. Bryson City, NC 28713.