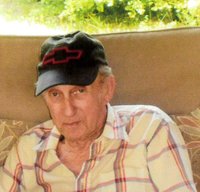 Tommy Wayne Cody, 89, of Bryson City went home to be with the Lord Wednesday, August 11, 2021. A native of Swain County, he was the son of the late Floyd and Matilda Hughes Cody. He was a US Army Veteran having served during the Korean Conflict. Tommy was preceded in death by his brothers and sisters, Jessie Garley, Bill Cody, Pete Cody, Ruth Treadway and June Watson. He is survived by two sons, Randy Cody and wife Faye, Charles Cody; four grandchildren and 10 great grandchildren. No services are planned. Crisp Funeral Home is assisting the family.