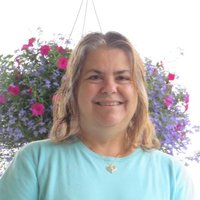 Reverend Doris Cook McMillan, 63, of the Wilmot Community went home to be with the Lord Saturday, April 17, 2021. A native of Swain County and longtime resident of Jackson County she was the daughter of the late Albert and Edna Cook. In addition to her parents, she was also preceded in death by her husband, Wayne McMillan; a daughter, Candina McMillan Cabe, and several brothers and sisters. Doris was the former pastor of Big Cove Pentecostal Holiness Church. She was also the former owner of the Swain Hotel. She is survived by one grandson, Benjamin Brown and Zachery of the home; one adopted son, Scott Duncan of Murrells Inlet, SC; brother, Berlin Cook; sister Eula Sanders; one son-in-law, Kevin Cabe, and a special friend and caretaker, Chris Owle. A memorial service will be held 2:00 PM Saturday at Crisp Funeral Home Chapel. Rev. Chris Owle and Aaron Littlefield will officiate with burial at Bumgarner Cemetery. The family will receive friends from 1:00 PM until 2:00 PM Saturday at the Funeral Home.