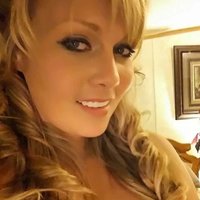 She was the daughter of Randy and Laura Millsaps of Bryson City and the late Cammy Spence.

She was preceded in death by her grandmother, Margie Jean Millsaps, grandfather, Larry Spence, Sr., and sister-in-law, Amy Jones.

Funeral services will be held at 11:00 am Monday in the chapel of Crisp Funeral Home. Revs. Dale Green and P.D. Hampton will officiate with burial in the Moss Cemetery in Marble, NC.